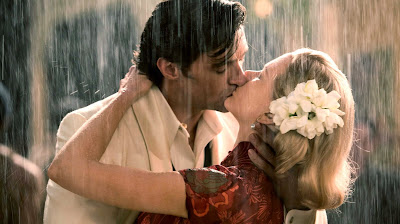 An attempt at a sweeping epic romance that, while having an impressive middle hour and some very strong performances, is also too long leaving an epic that is good but not as great as it aspires to be.

Baz Luhrmann certainly has ambition. After mixing Hollywood Musical with Bollywood Musical in 2001’s Moulin Rouge! involving Busby Berkeley style dance routines, modern pop songs and a sense of showmanship to rival Cecil B. DeMille, Luhrmann has turned his attention to the epic period romances such as Gone with the Wind and applied the formula to his beloved home country of Australia whilst throwing in some of the magic of The Wizard of Oz for good measure. The result is Australia, and while certainly epic and featuring some truly breathtaking sequences and stunning visuals, it also suffers somewhat from Luhrmann having too much ambition.

Set during the years of 1939 to 1942 in Australia, with the threat of WWII looming over the country as its backdrop, Australia follows the unlikely romance of Lady Sarah Ashley (Nicole Kidman), a woman of wealth from England, and the cattle rancher Drover (Hugh Jackman) brought in to help manage her late-husband’s cattle ranch in northern Australia. Facing threats from the local cattle competition, Lady Ashley comes to terms with a different way of life thanks to a young, mixed-race Aboriginal Boy living on her property named Nullah (Brandon Walters) and her desire to prove herself the equal of any man in this new land. Australia does take a while for this main story to finally get moving. After an opening act where Luhrmann rapidly introduces characters, plot pieces and ideas whilst maintain a comedic tone that borders on farce, he finally takes the time to stop and slow down allowing us to see the characters we’ve met and begin to see what drives them. Once Luhrmann begins to focus more on his characters is where Australia entertains and succeeds most, at least for middle hour of the film. Alongside some stunning visuals (Australia itself looks nothing less than stunning throughout the film whether it be desert outback or lush waterfalls and greenery) and a truly impressive cattle drive sequence at the film’s mid-point, the building friendship and then romance between Lady Ashley and Drover is touching and believable, as is the softening of Lady Ashley’s initially icy demeanor as she comes to accept young Nullah into her life despite the nature of mixed-heritage making their friendship a taboo during this period of Australian history.

However, despite a very strong middle hour that more than makes up for the uneven opening scenes, Luhrmann’s ambitions get the better of him. After the thrilling cattle-drive sequence where Lady Ashley and Drover seemingly accept each other and settle down to a new life together, the film and its story continues for another hour bringing WWII to Australia and a sequence of events that break up our three main leads and frequently threatens to replace the earlier, happier moments in the film, with a different ending filled with tragedy. Like the rest of Australia, these war-based sequences look amazing and are suitably epic in scope, in keeping with Luhrmann’s intentions, but it also excessive and an unnecessary attempt to suggest that epic romances are not sufficiently epic unless confronted with tragedy or the threat of tragedy. Fortunately these final sequences are still watchable.

Overall, Luhrmann has made an epic romance and it certainly encompasses much of Australia’s checkered history as well as it’s wonders but, while it is certainly enjoyable, beautiful to behold and well acted, it could have done with less commitment to being an epic, and to the conventions of the epic romance, and rather been content to just telling a romance. A good, if flawed, film but one certainly best seen on the cinema screen.