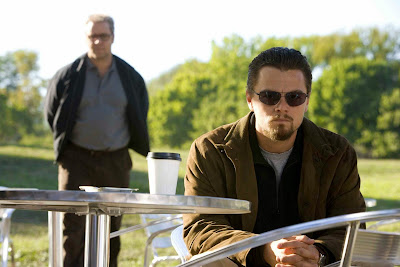 A well acted, visually impressive espionage thriller that, while entertaining in places, is not quite as deep as it would have you believe.

Ridley Scott is very talented director but if there were just one criticism to be made of his abilities it is that he often makes films that have much more style than substance. Frequently Scott gets the balance just right, impressing you with a meaty story and impressive visuals such as with Alien, Gladiator or Blade Runner (where, arguably style is the substance). Sometimes though, the style takes a bigger hold and despite coming away impressed you may later realize that there wasn’t as much depth to the film to truly satisfy such as in Matchstick Men, A Good Year or even 2007’s American Gangster. Scott’s latest film, Body Of Lies, falls into this second category. Body Of Lies does feature some strong performances, plenty of twists and turns and some technically brilliant action sequences but ultimately it keeps you on your toes so much that it rarely settles to allow more than the occasional insight into the war against terrorism.

Starting in England before quickly moving on to Iraq and then Jordan, we are quickly introduced to our main players. Leonardo DiCaprio plays Ferris, a CIA operative tracking a terrorist cell from Iraq to Jordan while liaising with Jordan’s head of intelligence Hani (Mark Strong). Ferris’ boss Hoffman, played by Russell Crowe, is a manipulative individual who controls and interferes with Ferris’ investigations from the comfort of the United States, watching the action from satellite feeds and communicating primarily by phone. With Ferris in the thick of the action, he often finds himself too close to see what other operations are going on and Hoffman, in a room more than a million miles away, can’t see the small, important details. The result is some operations are compromised and Ferris finds himself struggling to fulfill his objective while also trying to maintain something of a normal life in a job that involves secrecy and the risk of death, capture or relocation.

What Scott is effectively able to communicate is that the breaks in communication, between operatives and their handlers overseas, leads to more harm than good. What the film rarely does however, is stop to look too closely at the deeper, and more long term, effects of their strategies. Only in scenes where Ferris works alongside Hani and we can see the different methods, attitudes and results between Jordanian intelligence operations and those of the Americans, do we get an understanding into how the American drive for immediate results undermines their efforts and hinders their own progress. Also, an incredibly gripping final act where Ferris is forced to trade himself to the enemy for the safety of a woman he has grown to care for, we see the potentially fatal implications that operatives may face in the field with some detailed and shocking acts of violence and intimidation.

Body Of Lies, in addition to strong cinematography, also benefits from strong performances from its cast. Crowe entertains as the somewhat arrogant CIA chief back in America, though his performance while entertaining is also underdeveloped. Mark Strong puts in an impressive performance as Jordanian intelligence chief Hani, and effectively conveys the character’s intelliegence and confidence, but also his ability to intimidate even experienced officers like Ferris. Strong is able to command control over most scenes he is in which helps elicit a strong performance from DiCaprio as Ferris. DiCaprio has the hardest job in the film; acting across from Strong in the Jordan scenes while also having to act alongside Crowe when most scenes place them miles apart with just a phone connection to link them, DiCaprio needs to be able to live up to their performances while also making his character a believable CIA operative and human being when alone. Fortunately, DiCaprio succeeds and delivers a great performance.

Overall though, despite good acting, skillfully handled action sequences and the occasional insight into the real war of terror and its effects, Body Of Lies is still dominated by style over substance. Its characters are underdeveloped and the film is more content at showing you operations in action than delving into the hows and whys of terrorism or how better to fight it. Entertaining, but not wholly satisfying.