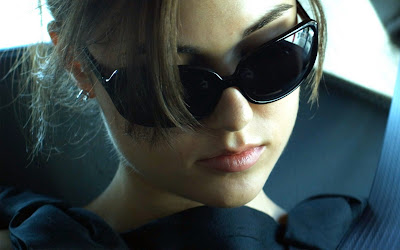 Effective in its intended portrayal of its lead character and in addressing some of the issues surrounding the economic downturn, the lead character’s attempts to keep emotionally detached from her work also makes her character and the film difficult to really like.

Released in America just prior to the election of Barack Obama as fears of a recession due to the recent economic downturn were high, The Girlfriend Experience is a film of its time. Whether the film will still have the same impact in years to come as it does upon its release. With a unique approach at viewing the effects of the struggling economy by approaching through its effect on a high-class escort named Chelsea, whose clients are wealthy bankers and businessmen rather than spotlight, results in an interesting film. Not only does it allow audiences an idea of how businessmen are responding to the situation without making them sympathetic (a difficult task to accomplish), but it also allows for an interesting look into the world of escorts.

Chelsea (Grey) is a high-class escort. Providing clients with what is referred to as the ‘girlfriend experience’ which usually involves her being the kind of partner her clients want her to be and may or may not result in sex, her image and her standard of living allow her to charge high prices for her services to those wealthy enough to afford them. With a lifestyle to maintain, a profession with its fair share of risks and involving clientele that are currently being hurt by the effect of the economic downturn, Chelsea is finding her business at risk in a climate where luxuries are being sacrificed. Meanwhile, Chelsea’s boyfriend Chris (Santos), a personal trainer at an expensive private gym, is also seeing his income and lifestyle at risk as his service is also becoming a less necessary luxury for his clients. With both trying to find ways to increase their income and develop better financial security, the risks involved, particularly with Chelsea whose career means she keeps herself emotionally distant to the extent that if effects even her non-working relationships, Chris and Chelsea are facing the possibility of major changes in their lifestyles and in their relationship.

The Girlfriend Experience is an interesting film. Steven Soderbergh is director known for his technical brilliance and is well regarded for his approach to narrative structure, but he is also known for maintaining a feeling of emotional detachment in many of his films. With The Girlfriend Experience it is a feeling that sometimes works in the film’s favour when portraying Chelsea and her lifestyle but also means that it is hard to like, and sympathise, with Chelsea at times. Chelsea keeps control of her feelings and opinions as much as possible so as not to put off clients from continuing her service and in keeping her business and personal life separate. While such a decision works in her favour regarding clients it works less well in her private life where keeping her thoughts and feelings to herself, and with her boyfriend doing the same, leading to conflicts when Chelsea thinks she’s met a client with whom she feels she can be herself. So, while the emotional detachment within the film itself feels like a natural extension of its main character’s detachment, it also makes it hard for audiences to really empathise with her. There are brief moments when her guard drops momentarily but they occur too infrequently.

In casting Sasha Grey, a well known figure in the adult film industry, Soberbergh has an actress who is unfamiliar enough to most audiences to allow for her performance to feel more natural, free of the familiar tics and traits or more established actresses, but also has an actress who history in the adult film industry also works in her favour in giving her performance as Chelsea, an escort, an additional air of believability. The performance is an interesting one and works for the film and the character. Whether the emotional reserved nature of the character as portrayed by Grey is a result of her ability as an actress or due to a lack of ability is debatable and likely irrelevant as the performance does work. With other unknown actors filling out the roles of Chelsea’s boyfriend and clients, the performances given work for the story Soberbergh is telling even though none are particularly memorable.

Overall, Steven Soderbergh has made a film that does look beautiful, employs his usual flair for non-linear narrative in an interesting way and is certainly effective in its attempts to convey the emotional detachment of its main character through the film’s mood as well as through its lead performance but the detachment also works against the film too making it a film that can be appreciated on a technical level but one that is difficult to engage with or enjoy on an emotional level.