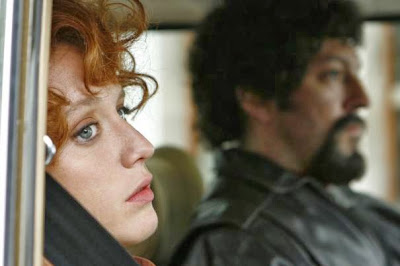 Creative differences on how to adapt the life of Jacques Mesrine to the big screen resulted in a new director and the project growing from one film to two. Fortunately the results have been strong. Following Mesrine: Killer Instinct which covered the beginnings and rise of Jacques Mesrine as a notorious crime figure in French society, Mesrine: Public Enemy No 1 chronicles his even more turbulent later years and his eventual downfall. However, where a similar approach to filming the life of Che Guevara in Soderbergh’s Che Parts 1 & 2 resulted in an altogether bleaker second chapter, Mesrine: Public Enemy No 1 largely avoids this tone being as gripping as Mesrine: Killer Instinct whilst not understating the seriousness of the man and the events leading to his end.

Now a prominent crime figure in France and following an armed escape from a courtroom, Jacques Mesrine (Cassel) is declared ‘Public Enemy No 1’ by the state. Continuing with bank robberies, Mesrine is captured again and whilst in prison becomes associated with Francois Besse (Amalric). Following a prison escape alongside Besse, Mesrine continues his crime spree whilst attempting to avid recapture or death whilst also become more politically motivated as he swears to bring down the harsh prison system in France of which he been a frequent victim.

Moving at a fast pace with several energetic and exciting sequences covering Mesrine’s more notorious acts during the period covered including a courtroom escape, a prison escape and the kidnapping of a prominent millionaire, Mesrine: Public Enemy No 1 is consistently engaging and enjoyable throughout. Rather than follow the route Soderbergh pursed with Che Part 2 which infused the build up to its protagonist’s death with a sense of fatalism in addition to his failures in Bolivia, Richet approaches the inevitable end of Mesrine’s story in this instalment by building up the tension leading to its conclusion by also including the attempts of Broussard (Gourmet), a police detective, to bringing Mesrine to justice giving the film its own Melvin Purvis out to get Jacques Mesrine’s John Dillinger figure. While Mesrine’s charm continues to be presented throughout this film as it was in Mesrine: Killer Instinct, Mesrine’s darker side is also presented and pushed far more into the foreground than before as Mesrine grows more violent and obsessed in his goals and methods in the lead up to his death. A scene where he declares his mission to bring down the corrupt prison system and then government to a reporter is tense and even frightening while another sequence where Mesrine exacts revenge upon another reporter who had slandered him demonstrates the true violence which lies beneath his charm. As with Mesrine: Killer Instinct, Mesrine: Public Enemy No 1 balances the two sides to Mesrine’s persona effectively making him a character who, while charming, is not mourned when his end comes.

Vincent Cassel again puts in an impressive performance as Jacques Mesrine, very able to portray Mesrine’s different sides almost effortlessly given Cassel’s history of playing similar personalities throughout his career. Whilst not possessing names as recognisable as Gerard Depardieu or Cecile De France in this instalment, Mesrine: Public Enemy No 1 still has several notable supporting roles. Mathieu Amalric is suitably intense as Mesrine’s long-term partner in crime Francois Besse who balances out Mesrine’s relaxed persona with pent up rage. Olivier Gourmet is memorable as Inspector Broussard while Samuel Le Bihan and Gerard Lanvin are dependable as some of Mesrine’s other associates during this period. In terms of female characters however, Ludivine Sagnier manages to pull of the glamour of her character as one of Mesrine’s love interests but her performance is not as satisfying or her character as well written or explored as either Elena Anaya’s Sofia or Cecile De France’s Jeanne in Mesrine: Killer Instinct.

Overall, Mesrine: Public Enemy No 1 is every bit as good as Mesrine: Killer Instinct and, in fact, ups the tension and number of thrilling set pieces that, along with the impressive performance of Vincent Cassel as Mesrine, makes this film very enjoyable and a worthy conclusion to the character’s biopic. Impressive.