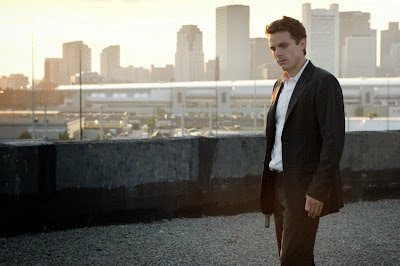 Following the critical and box office failures of films like Gigli and Jersey Girl, Ben Affleck made the smart choice of stepping back and returning to his roots in an attempt to re-energize his career. It was a smart choice and, following a few successful supporting roles (Hollywoodland in particular); Ben Affleck’s smartest move was to go from being in front of the camera to stepping behind the camera. Affleck’s last attempt to work off camera resulted in the Oscar-winning screenplay for the film Good Will Hunting, co-written with Matt Damon. This time Affleck has adapted Denis Lehane’s novel Gone Baby Gone for the big screen and its material that is familiar to Affleck with it being based in his hometown of Chicago. Affleck is therefore more than capable of capturing the voice of the Chicago communities.

Gone Baby Gone bears some similarities to another Lehane novel, also adapted for the screen, Mystic River as it deals with a loss within a Chicago community. Mystic River dealt with a murder, Gone Baby Gone deals with something that might be considered worse, a kidnapping of a young girl. This event brings us several groups involved in the investigation to find the child; we have the police investigation led by Morgan Freeman’s police chief (whose character had lost a child years before and has a personal stake in finding the child) and his officers played by Ed Harris and John Ashton. We then have a private investigation begun by family of the child who hire a private investigator from their community played by Casey Affleck. The casting of Casey Affleck is an interesting one and it works. Yes, he is the younger brother of director Ben Affleck and yes, he may seem a little young still for the role he is playing but, like brother Ben, Casey Affleck has grown up in Chicago in these communities and lends a feeling of credibility to the role. Casey Affleck is very impressive here and is proving himself capable of finally stepping up into leading man roles following another strong performance in last year’s The Assassination of Jesse James. Affleck’s character is a complex one and the moral grey areas his character lives in when dealing with the criminal and law enforcement communities over the course of his investigation are delivered effectively, with subtlety.

Supporting Casey Affleck is a cast of strong actors. Morgan Freeman delivers a solid performance, as does Ed Harris but most impressive is Amy Ryan, playing the mother of the kidnapped girl. Ryan’s mother is a sympathetic yet unlikable character. Distraught over the loss of her child yet she is a selfish and unfit mother. While we sympathize with her loss there is still doubt over whether her child’s life is better off being separated from her mother. It is characters like Ryan’s and Affleck’s and of other members of the community that add extra depth to the story and help elevate Gone Baby Gone above other similar dramas and the story itself goes in many interesting directions and asks some very difficult questions of the audience. When the investigation into the kidnapping seems to hit a wall at the film’s half way point it might seem as thought the film has no where else to go from there but Affleck’s insistence that there is more to events than what they’ve seen pursues his investigation further trying to find the motives behind the kidnapping as much as identifying the kidnappers and the climax of his investigation and the confrontation with those responsible provides the film with one of the strongest endings in recent memory. Affleck is faced with a very difficult decision, one without an easy answer and the question, and Affleck’s answer is one that not only divides opinion amongst the characters in the film but is likely to accomplish the same divide amongst the audience.

Overall this is a very strong drama and both Ben and Casey Affleck are excellent in their roles as director and actor respectively. While the story does slow a little too much at first following the film’s midpoint and a few performances not quite up to the level of Affleck and Ryan’s (Michelle Monaghan as Affleck’s romantic and business partner is good but not as convincing as her peers), the film has a very strong story, some great performances and Affleck captures the feeling of a community and their loss effectively. If Ben Affleck continues on as well he has here in the future his career will soon be restored and his brother’s career is one finally on the rise it deserves.